Matters of the Heart 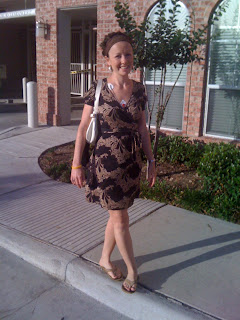 Since I started the SGN-35 in December I’ve been having strange feelings in and around my heart and up and down my arm. I could feel my heart laboring. It did not pound fast like a heart feels after a sprint or a long flight of stairs. It was the distinct feeling that it was working extra hard and it happened only when I was at rest. It was most intense at the end of the day when I’d lay down on the couch to watch the news and unwind. I could feel and almost hear the blood coursing from the upper left side of my heart and down my left arm. At times I thought I was having a heart attack, at other times, a panic attack, but I always made it through it and came to expect it.

After starting these even newer experimental treatments here at MD Anderson, the feeling was happening more often than not. When it came on, it stayed for a much longer period of time, especially in the evening and all the way through the night and into my morning routine. I hated it because it made me so worried that my heart was just going to give out. I had no problem walking for miles, or exerting myself in any other way but when I laid down I’d feel that my heart was so tired and working much harder than it should be.

I’ve been pursuing and persisting on this since its initial December onset. I’ve gotten a lot of “hmphs” and “hmmmms” from oncologists, nurses, and APRNs. I’ve gotten a lot of: “That’s strange,” and with a quick assessment that all of my vitals and functions were fine it was brushed off as maybe anxiety manifesting in strange ways or one of the answers that irks me: “Chemo and cancer can do really weird things.”

The day that I started the LBH589 and RAD001 treatment I told my clinical trial nurse, Amy, about the feelings so she’d have it as a baseline. Again I got the “Huh, that’s strange,” response and she told me to just keep monitoring it. She said that they wanted to pay extra attention to my heart during this anyway.

The side effects of RAD001/Everolimus (the names are used interchangeably) are more well known than the LBH589/Panobinostat as it is FDA approved and has been proven successful in solid tumors, though with not as much data in lymphomas as of yet. The LBH589 is still investigational and not yet FDA approved. Its sister drug, SAHA (Varinostat), which is also an HDAC inhibitor can have negative effects on the heart. Because of this, I have been monitored for the first couple of weeks with frequent EKGs, tests of my heart’s electrical system. This is the very quick test with all of the little sticky disks affixed to points around the chest, heart and abdomen with long electrical leads attached to their conductors to measure the heart’s electricity.

I had gotten an e-mail from Amy one week into my treatment regimen saying that they saw something strange on my EKG reading. She said it was no big deal, nothing to be concerned about, but that Dr. Younes wanted me to see a cardiologist while I was down here. I couldn’t get a straight answer from her on what it was that flagged my test, but only that it wasn’t a big deal and not to worry.

The day of the appointment with the cardiology team, Craig and I sat in the doctor’s exam room after I had had a thorough electrocardiogram, which looks at the heart’s structural health through ultrasound technology, and another EKG. The cardiology resident came in, sat down and with a heavy Ukranianesque accent said: “It looks like the leads were reversed last week. Your EKG and echo are normal.”

I blew out a huge gust of air made up of frustration, annoyance and relief. I had had so much anxiety up to the moment it was incredible. Just an hour before while lying on the echocardiogram exam table tears started rolling down my cheek as I thought about how my body would ever handle a heart replacement or what I would do if the cancer grew and killed me while I was awaiting a valve transplant from a cow. How would I choose to stay on treatment if I knew it was going to cause my heart to fail? When she told me the tech had everything backward I didn’t know if I wanted to wring her neck or kiss her.

But as I’ve always found is that in every bad experience comes a little gift. This time it was in the form of verification and knowledge and eventually, a solution. Even though the lines were crossed on my last test, I still knew that my heart wasn’t right and I wasn’t going to waste this opportunity with a cardiologist who works at the nation’s leading cancer center and sees patients with chemotherapy related heart issues all day every day.

He was like a knight in shining armor – with the demeanor of Al Roker. In fact, he looked exactly, exactly like him. He had the same head shape, the same rimmed glasses, and the same huge smile with shining white teeth against his dark black skin. When we first began talking I had to squelch a big case of the giggles as I couldn’t get over the uncanny resemblance. I love Al Roker and I loved this man: Dr. Jean-Bernard Durand.

I told him about my strange heart feelings and he was the first one who didn’t just shrug me off, tell me to monitor it, and basically look at me like I was crazy. I know that even my family thought I was crazy every time I kept bringing this issue up. Instead, he wanted to look further into it and ordered a 48-hour holter monitor for me to wear. Basically it’s an EKG machine light – a to-go version. I had five monitors stuck to me that connected to a recording device through a series of wires. The recorder clipped onto my pants top like a circa 1980s pager. It also came with a pocket size diary in which I was to record the time of day when I was having an “episode” so that they could look back and check what readings were happening at that time. I did everything as normal – Mexican dinner with my husband, happy hour at the outdoor Icehouse institution with Betts and Brenna. I just did it with a few extra parts attached. 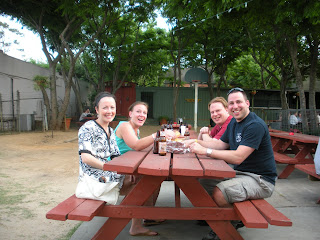 Well, once they saw the results of what my heart does all day it was concluded that I do have some issues. It turns out I have an Atrial Flutter, an abnormal rhythm in my heart. Dr. Durand spent much time explaining what this means and how it is an easily correctible problem that is not at all uncommon. It happens to many healthy, fit women who don’t even have cancer and unfortunately, some chemotherapies have been known to exacerbate it if I did have it underlying before all of this. The Adryomycin of my initial ABVD regimen and this current HDAC inhibitor are known to have heart effects and his thought is that this is likely a result of the experimental drugs and that it may go away when this treatment is over. An Atrial Flutter means that my heart is not beating in balanced beats from one chamber to another in a nice syncopated rhythm. One area is beating two times for every one time the next chamber is.

Dr. Durand said that on a 1-10 scale of heart issue seriousness, this is a 1 and is very common and easily corrected. He explained that the results of the holter monitor revealed that my heart rate was above 100 beats per minute (bpm) for 14% of my day. An average person reaches that heart rate only 8% of the day. There were three episodes where my heart rate was up to 150bpm – herein explains the labored beats I was feeling. Dr. Durand said that my heart was doing the work it would be doing to run a marathon and doing it every day. We need to get all back in sync because though it is not an immediate danger now, it will be in the future when my heart tuckers out. It can’t sustain that pace forever. But right now there are no structural issues with my heart. It is strong like bull.

To correct the Atrial Flutter he started me on a twice-daily teeny dose, 6.25mg of Coreg, a Beta blocker that will lower and stabilize my heart rate. In studies, it has also shown to have a protective effect on the heart during chemotherapy treatment. It sounded a little counter intuitive to me as my blood pressure always runs so low: I average 90/60 and have dipped much lower and always have to beg and plead that it’s normal for me … I have the heart of an endurance athlete so they say. However, when my heart rate, which is normally around 65, spikes to 100-plus then this is a problem. For other people that may be what they shoot for, but for me that’s a huge jump. Every time it’s been checked here, it’s been climbing steadily.

So, add beta blocker to the mix of meds I’m on to keep this body in tip-top shape. I started it this past Tuesday and have had no episodes since. A huge layer of anxiety has lifted with this development as well. There is an incredible calm that comes in knowing what a problem is and an even greater calm when the problem can be easily fixed. I now have documented evidence that I am not crazy and that my heart is safe and whole.
Posted by Karin Diamond at Sunday, April 24, 2011