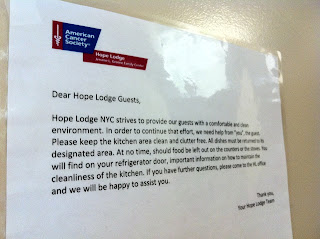 Most of the time I don’t want to wear a bra. Often I don’t like to wear pants. All of the time I prefer to be barefoot. But none of these indulgences falls under the “acceptable” umbrella at The Lodge.

My neighbors at home probably don’t appreciate it – as sometimes I forget that our house windows see both in and out – but I miss the freedom of eating a bowl of cereal in my undies – call me crazy.

I’m very tired of rules and more tired of other people breaking them. No one wants their first sight of the day to be a grown, barefoot man walking his germy feets on our kitchen floor first thing in the morning. I’ve got to keep my pants on. So should everyone else. Plus, my intestines are still too fragile to swallow that vision.

We share one kitchen with the tenants of 12 other apartments on our floor. That is 24 people. There are bound to be frustrations over fruit fly invasions, eggshells clogging the sink drain, the unidentifiable stickiness on the cafeteria-like tables, the dishwasher, which it seems the same people are always tasked with running or emptying out – or the kicker – when someone throws out our food. I thought Craig was going to pop a blood vessel over our missing frozen Basmati rice. I popped a few over someone smearing the bacteria infested sponge all over the eating tables.

As hard as ACS may try with laminated rule reminders everywhere, it’s the nature of the beast: the beast that is community living and human nature at its best. Everyone’s idea of clean is different, as is his or her idea of tact. There are the people that take care of everything (request more dishwashing soap, paper towels, etc.) and those who wait for everyone else to do it. It’s like being back in college again; there are always those couple of people that you want to avoid a conversation with by taking the long route to class. I’ll be honest. If I hear certain voices in the kitchen, I’ll let my stomach grumble for another 20 minutes to wait for the luxury of a quiet meal. Understandably so, there is no eating allowed in the rooms. This means anytime I want even a snack, I have to put my pants on and at least cover the fact that I’m not wearing a bra and trek down to the kitchen to eat a damn cookie.

And when I’m eating my damn cookie, I just want to eat my damn cookie. I don’t want to talk about my diagnosis, my prognosis, my current eating or pooping habits. One night while Craig and I were eating pizza, a new guy came in and pulled up a chair to our table. After filling in yet another person on why I am here, he says: “Wow, you had an allo transplant? And you’re still here? Everyone I know that had an allo is dead. I’m so f*&^%ing afraid to get one.” I done near choked on my mozzarella-laden artichoke. As much courage as it took to respond to that one, my biggest pet peeve is when people ask me my cancer diagnosis before my name. I bite down on my tongue so much I’m surprised it’s still in tact.

I try to be mean sometimes but then my heart melts for the new people who are scared, lonely, confused, disoriented, and have no one else to talk to. So I kvetch with them a little while trying to make it clear that negative energy is not allowed around me. However, that is difficult to accomplish when I have no space but a hotel room to escape to and holing up in there is not good for my health either. It’s coming up on two months of living here – with a month in a hospital bubble before that, so I realize I’ve become jaded and very impatient. I’m not proud of it, but I admit it and I work on my tolerance and keeping my frustrations properly channeled as much as is possible. Sometimes that is just not doable and I want to talk to no one for fear that I will punch someone in the nose and get myself committed. Some days I don’t even want to be around myself.

Then there are the amazing people that keep me going in my fight and whose company I thoroughly look forward to every day. The people that I want to hug, not punch. I’ve grown close with many and worry about them more than myself. I’ve seen many patients and caregivers rotate in and out of here. I worry when the rice cooker in our kitchen hasn’t been turned on, because that means the Cambodian man’s son is not doing well and he is at the hospital with him. I get worried when I don’t see my fellow transplant recoverers out on the terrace all day: that often means they’ve been thrown back in as an inpatient again for some kind of infection. I’ve seen people packed up to go home thinking they are done, only to see them come back weeks later with the sad news that their treatment didn’t work and that they need more.

Watching people recover and regress from illness in very close proximity can be both an inspiring and a difficult reality to watch. There is not much privacy here. When someone is having a painful day curled up on the couch of the shared living areas, it’s not easy to hide nor to know what to say. I find that I put up walls because some days I just can’t bear to hear another sad story about what someone’s been through. I can hardly process my own trauma and it’s selfish and sobering to hear some of the unbelievable stories of others. Or, to hear the unbelievable ways that others make their situations so much worse by how they focus on what seems to me to be the very worst things. But who am I to judge? I am not walking in their shoes. It doesn’t mean I’m not grateful that I’m not, however. I just need to let them walk their own paths.

I was in the elevator with a woman and her daughter carrying several packed bags. I had never crossed paths with her before. She looked at me and rejoiced: “We’re going home – back to Florida, finally!” She was all tanned and done up with coral lipstick and pearls dotting her neck. “I had surgery and was in the hospital for nine days. It was awful,” she continued. “We are so ready to be out of here.”
I wanted to say: “F&^% you. I was in hospital isolation for 27 days. I’ve been here for another 30 and have possibly another 60 days to go. Kiss my saggy, boney ass.” But that wouldn’t be appropriate, and how could I rain on her parade with my sob story? Hearing that tale will shut anyone up. I’m not in the business of sucking the air out of people’s balloons by comparing their cancer stories to mine: it’s not about comparison. Everyone’s cancer journey sucks in its own way. Instead, I smiled and said how happy I was for her, because I was. How can you not be happy for someone else’s good news? But there is that tinge of jealousy that exists and a little of that unanswerable question: Why can’t I be fixed and on with my life after a little surgical procedure?

What I’ve learned from being in the thick of this, and from talking to others about this conundrum, is that if people are whiners, complainers, elitist, or ungrateful and privileged in the real world, then that’s only going to be compounded and expounded when they are sick and in a less than desirable situation. If people are kind and compassionate in real life, then they will become angels on Earth during this process. There is much to be learned from people on both sides of the coin. Having cancer doesn’t make you a nice person nor does it give anyone the right to be mean: it brings out the best and the worst in all of us. All I can hope is that for me it's the former – at least the majority of the time. 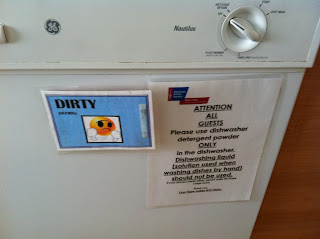 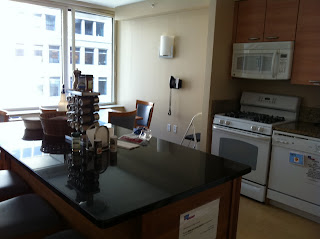 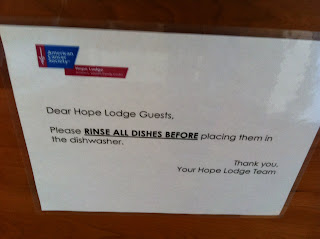 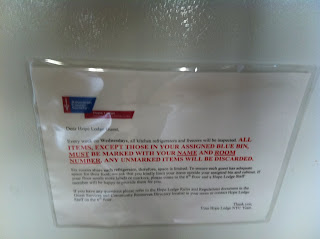