A Newcomer to the Treatment Game

It's been an eventful week in Manhattan. We had an earthquake, a hurricane, and I started a new novel therapy drug. I've gotten through it all relatively unscathed, except for the nausea and that unmistakable woozy headed feeling that every drug brings.

The treatment plan has been tweaked a bit again. I agree with the science and efforts behind it. I understand the necessity. I realize that this may be the only way we can keep ahead of the lymphoma. But even with all of the positives surrounding this plan, it is draining on my spirit and my body to yet again be putting more toxins into me – novel agent or not – even non-traditional chemotherapy treatments can take their toll. I learned this on the clinical trial of Panobinostat and Everolimus at MD Anderson. Going back onto therapy is difficult for my psyche to take. I’ve been on the healing tract and had been so encouraged to think that I’d never have to take more treatment – ever. But that is now the case and I need to focus on the positives that it will bring.

We now have the final radiologist’s report on my PET Scan and a more solid plan of attack. The spot behind my breastbone – the spot that’s always flared up first after every single chemotherapy agent – is inconclusive. There is still the chance that it is just my thymus gland revving like crazy. However, because of my history of quick relapses, we are treating it as if it is the Hodgkin’s trying to flare up. The same goes for the spot on my sacrum/pelvic bone. It is showing a very, very mild amount of uptake on the scan. The radiologists are measuring it as just above background level. These spots are each very faint and nothing tremendously alarming. However, the idea that the lymphoma could be flaring and the worry that it will grow faster than my new immune system can go after it actually is quite alarming.

But Dr. Sauter and his Sloan colleagues have a plan for me. He has seen this in his other refractory Hodgkin patients as well. This plan has actually always been in the back pocket and we talked about it several times while I was undergoing the transplant itself. It’s kind of a “seal the deal” plan. We knew from the beginning that my case would be a difficult one as I’ve heard again: when Hodgkin’s Disease is bad, it’s very bad.

Dr. Sauter did some of his training at the University of Michigan and his colleagues there are doing investigations into the targeted novel therapy drug, Vorinostat, as an agent to prevent Graft vs. Host Disease (GVHD) in allogeneic stem cell transplant patients. Vorinostat is an FDA approved drug, but not tested widely in refractory Hodgkin Lymphoma patients, though it has demonstrated promise. Vorinostat is a sister drug of Panobinostat, which is also an HDAC protein inhibitor (a protein found in HL cells.)

I was put into a very good remission from the combination of Panobinostat and Everolimus before going into my allo transplant. So, the hope is that the Vorinostat will also have some disease fighting effects against any lymphoma inside of me in addition to possibly preventing graft vs. host disease altogether. One of the immunosuppressants I am on – Sirolimus – is a sister drug of the Everolimus so hopefully I’ve been getting some anti-lymphoma effects from that over the past two months as well.
While adding the Vorinostat, we are also tapering me off of the Tacrolimus and Sirolimus immunosuppressants, therefore letting the reigns off of my sister’s immune system. This weekend I’ve been taking more of each to get me up to therapeutic levels before we start the taper – ideally tomorrow.

I asked point blank if I’m in a bad place, if this means the transplant failed and was assured that no, not at all. My case has actually been quite simple up until this maneuvering that we’re doing. Again, we haven’t even given my sister’s cells the chance to go after anything. Now we are going to both “push and pull” against the disease by doing some “jiggering” to keep it at bay. Dr. Sauter is still encouraged and so am I.

Basically the Vorinostat novel therapy agent is an added insurance policy to bridge the gap between the (possibly) growing lymphoma and the time it will take for my newly minted immune system to be able to recognize the lymphoma cells as bad and take them down. It should also help to balance my sister’s cells as we release them on the attack with the threat of GVHD being closely monitored. I’ll remain on the Vorinostat twice a day for about four weeks over the course of the immunosuppressant taper. Then it will be time for another PET Scan. Hopefully there will be no drama from now until then.

If this week stays drama- and GVHD-free then there is still the possibility that I will go home next weekend – as in six days from today. I’m doing my best not to get my heart set on that as I know how quickly things change, but oh is it an exciting prospect. Craig and Sammy Dog are both home now waiting for me, and Sammy has been reunited with her favorite river. My friends and my mom and her friends whipped through the whole house giving it an impeccable clean in advance. My Dad put four new tires on my car. All is ready for life at home. I just need to get there.

My mom is here with me now and we’ve spent her first few days anticipating and now coming down from all the hype over Hurricane Irene. We walked along the streets last night just before the skies really opened up and it was so eerily quiet. I live just up the block from Penn Station – one of the most highly trafficked areas of Manhattan – and there were only scatterings of people on the street. Gone were all of the buses and all of the street vendors. All public transportation shut down and every store in this concentrated shopping area was shut tight: even the Manhattan Mall across the street. It’s still a ghost town today.

We fell asleep to the sounds of strong sheets of rain barreling against our 12th floor windows and were jostled awake a few times by the creaks and shifting from the high wind gusts against our 59-floor high-rise apartment building. But the morning brought only wet streets and the warm, heavy feel of tropical air breezing through the concrete alleys formed by all the towering buildings around us.

Last night all of us patients and caregivers were a little punchy with anxiety and anticipation. We had quite the raucous crowd gathering in the kitchen. We laughed and laughed until we realized we had all gone a little crazy. After all of that excitement today we’re having a sleepy day today composed of eating, napping, reading, writing and games of Rummy 500. We hope to get out at some point back into the streets. I miss being around Craig terribly, but I love having my mom here with me and cherish this time we have together, as crazy and unpredictable as it may be. How lucky I am to be surrounded by so much love.

Tomorrow we’ll go back to clinic and I’ll see the doctor covering Dr. Sauter’s vacation and find out my release fate. He already signed the papers saying that I could go back to CT if I continued to feel well, but this doctor will have to make the call. I plan to dress to the nines and put on my biggest smile. I am ready, ready, ready to go home but I know that I need to do what is most prudent. I’ve come this far. It’s coming up on two months here at Hope Lodge: three total in New York City. Even if it’s just for a night I am in desperate need of my own space, freedom, fresh air and woods. I want to be home in time to see the leaves change. 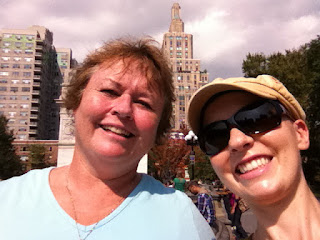 [Washington Square Park the day before the storm] 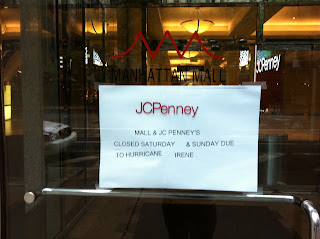 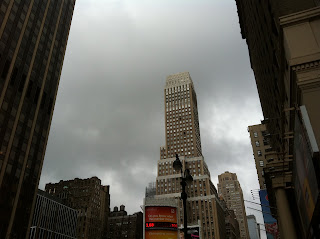 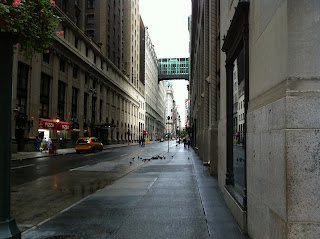 [Calm before the storm] 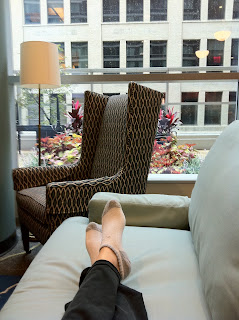